How Cyprus Is Becoming the Next Blockchain Hotspot 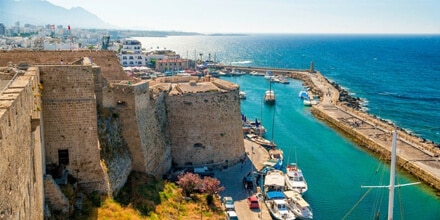 Despite the ongoing decline of prices, the blockchain market made some considerable leaps in terms of regulations and adoption in 2018. One of the more definite trends can be found in smaller nations updating their legislation in favor of the cutting-edge technology. Switzerland already became a fairly popular destination for blockchain companies in previous years, while several tiny islands, such as Malta and Bermuda, turned into international blockchain pioneers during the past 12 months.

In the Eastern Mediterranean Sea, there is another isle that already appeared in the news for fueling a small bitcoin gold rush in 2013, which was triggered by an event that is also known as the Cyprus Haircut. This same nation is also considered a prime location for the fintech industry, as it is home to hundreds of the world’s biggest Forex brokers and online-trading platforms. After conquering the traditional financial markets, entrepreneurs and authorities of Cyprus are eventually marching towards new heights: blockchain technology.

Category: Entrepreneur EuropeJanuary 31, 2019
Go to Top
We use cookies to ensure that we give you the best experience on our website. If you continue to use this site we will assume that you are happy with it.ACCEPT COOKIESPRIVACY POLICY